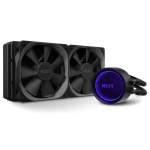 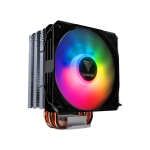 Being compatible with ASUS Aura Sync, BIOSTAR VIVID LED DJ, GIGABYTE RGB Fusion, MSI Mystic Light Sync, and AS Rock Polychrome SYNC, the BOREAS M1 Dual-Ringed ARGB fan is capable of synchronizing & have its lighting-effects customized by all Motherboards that come with a 5V 3-Pin Addressable RGB Header, beaming in with a series of breathtaking auroral luminance!

Retaining to its PWM integrated-circuit functionality, the BOREAS M1-610 is capable of reducing unneccessary clamour emitting from the operating case-fan by utilizing the concept of Hydraulic Bearing, while regulating the bad-boy’s airflow efficiency towards the maximum potential via its built-in auto-optimizational fan speed-to-temperature cooling mechanism: Keeping your Battle-Station BRISK & Fired-Up Simultaneously.

“The Personafication of the Northern Winds”

BOREAS is the VERY FIRST Air-Cooler Series to ever be produced at GAMDIAS. Not only does the M1-610 model retain to an exceptional Thermal Conductivity & Airflow Control via its Extra-Thick Aluminum Base Plate, 6 Copper Heat-Pipes with integrated Direct Contact Technology, Uniquely Engineered Y-Shaped Fan Case Cover, and a PWM Case-Fan, the M1 is also capable of initiating its very own RGB Motherboard Synchronization alongside of the software designated to the Motherboard for a myriad of LED customizations. With his superior performance and elegant demeanor, BOREAS will be joining the ranks of your grand fleet while bringing the Winter back into battlefields alongside of him!

“TechMathced offers a price-beating policy for its customers. If you find anyone selling at less price than us, you can simply contact us and we’ll beat the price for you.